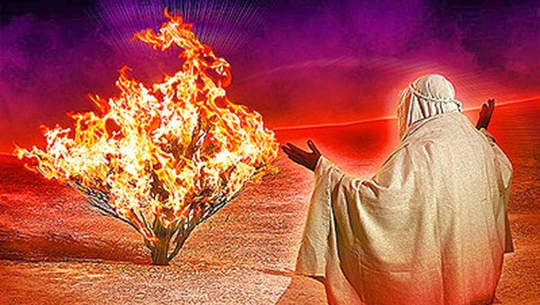 Who Did What?
By Mark Flippo

Exodus 3: (NKJV)
2-And the Angel of the Lord appeared to him in a flame of fire from the midst of a bush. So he looked, and behold, the bush was burning with fire, but the bush was not consumed.
3-Then Moses said, “I will now turn aside and see this great sight, why the bush does not burn.”
4-So when the Lord saw that he turned aside to look, God called to him from the midst of the bush and said, “Moses, Moses!”
And he said, “Here I am.”

I never noticed this in the scriptures before. The Angel of the Lord lit the bush on fire. The whole purpose of this Angel was to get Moses attention. Once that happened then the Lord could speak to him. What does the Lord have to do to you to get your attention?
Do you need and Angel to set something on fire near you? Work on being sensitive to His Voice! Your burning bush may be just around the corner!