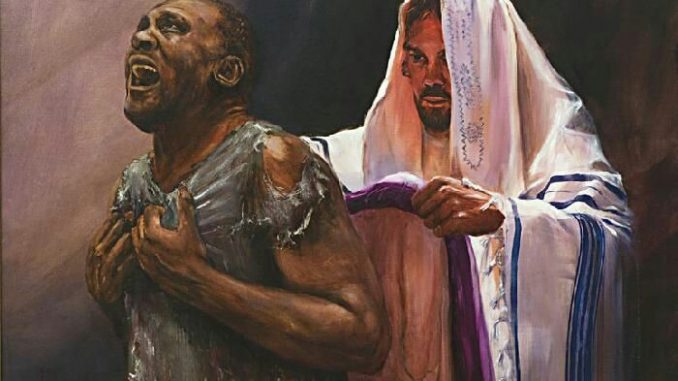 Casting Off Your Garment
By Mark Flippo

Mark 10: (MSG)
46-48 They spent some time in Jericho. As Jesus was leaving town, trailed by his disciples and a parade of people, a blind beggar by the name of Bartimaeus, son of Timaeus, was sitting alongside the road. When he heard that Jesus the Nazarene was passing by, he began to cry out, “Son of David, Jesus! Mercy, have mercy on me!” Many tried to hush him up, but he yelled all the louder, “Son of David! Mercy, have mercy on me!” 49-50 Jesus stopped in his tracks. “Call him over.” They called him. “It’s your lucky day! Get up! He’s calling you to come!” Throwing off his coat, he was on his feet at once and came to Jesus.

What this is referring to is, you need to cast off your old ways of thinking that has kept you a beggar instead of Walker in Truth!
He will deliver you from anything that has kept you from attaining your potential in Jesus. We can become blind in some situations. Let Him remove the scales from your eyes! May this jump start your life, from now on.