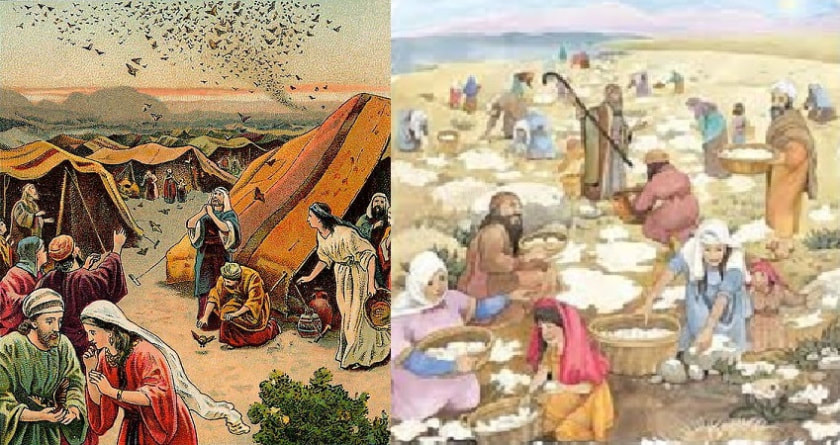 Numbers 11: (KJV)
19-You will not eat it for just one day, or two days, or five, ten or twenty days
20-but for a whole month, until it comes out of their ears and they’re sick of it. This is because they rejected the Lord who is here among them and cried in front of him, asking, ‘Why did we ever leave Egypt?’”
31-The Lord sent a wind from the sea that brought quails and dropped them all around the camp. There were quails on the ground about three feet deep as far as you could walk in a day in any direction.
32-All that day and night and all the next day the people went out and gathered the quails. No one gathered less than 60 bushels. Then they spread the quails out all around the camp.
33-While the meat was still in their mouths—before they had even had a chance to chew it—the Lord became angry with the people and struck them with a severe plague. 34 That place was called Kibroth Hattaavah [Graves of Those Who Craved Meat] because there they buried the people who had a strong craving for meat.

Careful what you ask God for, your request could kill you! Make sure your motivations are pure.