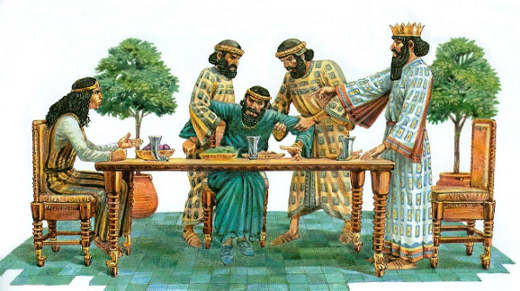 Dooming Your Family
By Mark Flippo

In the case above was Hamen, if you want to read about his treachery turn to Esther 7. His scheme cost the entire male members of his family to be hanged for it. Look at Achan's actions. He kept part of the riches from Israel's first battle that God said all of it belonged to Him. It was all to be burned. God gave Him a time to repent and confess his sin. He did not. His entire family and all of his animals were stoned to death as punishment for trying to hide his wrong. It is also the same with Sodom and Gomorrah and the cities of the plain.
​Everything was destroyed. I once felt sorry for the children that perished with their families. God explained it to me this way. The evil spirits resided in them as well as the diseases brought on them from the sin of the parents. Do not think because these are Old Testament examples that this does not happen. He is still the same God. His Wrath has been poured out on many a nation and people since then. He uses armies to do His work. He uses diseases to get rid of the ungodly. You are not too big that He will not punish you and your family as well. Make sure all your thinking and actions are pleasing to Him!