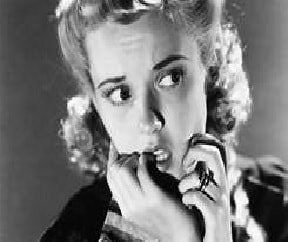 Fear Will Not Win!
By Marian Flippo

Deuteronomy 31:6
Be strong and courageous. Do not be afraid or terrified because of them, for the LORD your God goes with you; he will never leave you nor forsake you.”

This dream was quite some time ago.  I can not remember it all, but here is what I remember.

I was sleeping and in the room this entity was trying to put a great fear within me.  It appeared to be huge and very menacing.  I do remember that it began speaking to me in what I thought was the Hebrew language.  Although I did not understand the words, I remember that it was some type of curse that it was trying to place upon me.  At first, I was a little frightened because of the forceful manner in which it was talking to me.

After a little while I became tired of its presence and felt like I need to rest.  So the Spirit rose within me and I rebuked that Spirit. Advised it that it had no power and that it had to leave.......Right now! By the power of the blood..In Jesus Name!

As it turned away from me and was leaving this very large entity took off its coat and I saw the real shape of it.   It turned out that it was really 3 very small entities.   I realized just how little power each had.  They had tried to disguise themselves into this large entity so that they would intimidate me so that I would be fearful and try to hide.

Through the power of our Lord Jesus in me, they were defeated. The Lord always gives the right words to say at the right time.  And guess what!   To this day, they have never bothered me again using that method.  Praise the Lord!