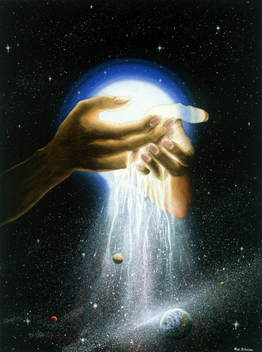 Sifting The Chaff From The Wheat
By Mark Flippo

Matthew 13:24-30 (NKJV)
24-Another parable He put forth to them, saying: “The kingdom of heaven is like a man who sowed good seed in his field; 25-but while men slept, his enemy came and sowed tares among the wheat and went his way. 26-But when the grain had sprouted and produced a crop, then the tares also appeared. 27-So the servants of the owner came and said to him, ‘Sir, did you not sow good seed in your field? How then does it have tares?’
​ 28-He said to them, ‘An enemy has done this.’ The servants said to him, ‘Do you want us then to go and gather them up?’ 29-But he said, ‘No, lest while you gather up the tares you also uproot the wheat with them. 30 Let both grow together until the harvest, and at the time of harvest I will say to the reapers, “First gather together the tares and bind them in bundles to burn them, but gather the wheat into my barn.”’”

The Church of the Living God is currently being sifted through.
He is removing those that are just barely there. If you have unrepented sin in your heart He is revealing it to everyone. Just look at the world for what God is doing. So many men are being outed for their sexual indiscretions. No one is too important that he is escaping justice coming down on them. Senators, prime news men, actors, directors, producers, no one is above God's justice. If you are not mindful after hearing about all of this then maybe you have become calloused to sin. Get your life straight! I hope sin is not knocking on your door!