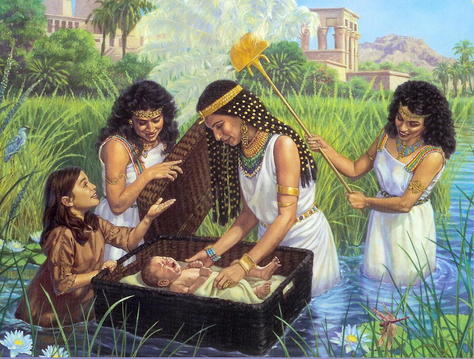 Smile we have three sets of three again. Remember it means most important. Two brothers and a sister. Three years difference between Aaron and Moses and three years between Miriam and Aaron! He is showing us that this situation has long terms changes. They formed the deliverance of Israel from bondage. Guys do not knock your sisters they are very important in God's kingdom. Miriam was an obedient sister and watched over him with loving care. She was the one that talked to the princess. She brought her own mother to take care of Moses in His infancy. God has every situation in control. Have Peace, He is with you. Let Him do the work. Mainly go with the flow!