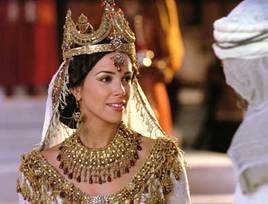 Knowing Who You Are In Him!
By Mark Flippo

This is about knowing your future but respecting your place in God in the now.

(NIV) Esther 2:
7-Mordecai had a cousin named Hadassah, whom he had brought up because she had neither father nor mother. This young woman, who was also known as Esther, had a lovely figure and was beautiful. ​
12-Before a young woman’s turn came to go in to King Xerxes, she had to complete twelve months of beauty treatments prescribed for the women, six months with oil of myrrh and six with perfumes and cosmetics. 13-And this is how she would go to the king: Anything she wanted was given her to take with her from the harem to the king’s palace.​
17-Now the king was attracted to Esther more than to any of the other women, and she won his favor and approval more than any of the other virgins. So he set a royal crown on her head and made her queen instead of Vashti.

She had a great destiny to fulfill. So do you! You may not be called upon to be a queen, but whatever He asks of you is great because our God chose it for you. He did not choose another to fulfill your future, because you have been taught what you need to do for your calling in Christ. Just as Mordecai trained Esther, your God and Friend has brought everything in your path to teach you what you need! You are blessed! Go forth and know:

Psalm 37:23 ESV
The steps of a man/(woman) are established by the Lord, when he delights in his way;​