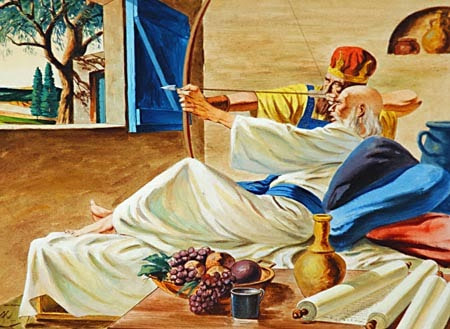 Are You Failing In Your Worship?
By Mark Flippo

2 Kings 13: (MSG)
18-“Now pick up the other arrows,” said Elisha. He picked them up.
Then he said to the king of Israel, “Strike the ground.”
The king struck the ground three times and then quit.
19-The Holy Man became angry with him: “Why didn’t you hit the ground five or six times? Then you would beat Aram until he was finished. As it is, you’ll defeat him three times only.”
20-Then Elisha died and they buried him.

This ls a lesson for more than King Jehoahaz at the time. God wants us to understand that when we worship or pray, Jesus we must not stop short of Victory! Far too many times we stop short when His Spirit is moving. He would do Miracles if we just continued to humble ourselves in worship. Push yourself into His Mighty Presence!