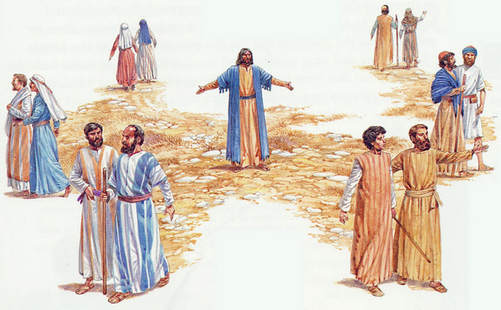 Two By Two
By Mark Flippo

Mark 6: (NRSV)
7-He called the twelve and began to send them out two by two, and gave them authority over the unclean spirits. 8-He ordered them to take nothing for their journey except a staff; no bread, no bag, no money in their belts; 9-but to wear sandals and not to put on two tunics.

Why did He send them out two by two?

Ecclesiastes 4:12 (NIV)
Though one may be overpowered, two can defend themselves....

There is strength in numbers. In doing anything for God do not get the mindset that you are the lone ranger! You will not last long if that is how you continually try things. God gives us Wisdom to fight our battles with God leading the charge. As long as you follow Bible principles you will be Victorious!
Choose wisely!